The Enchantments. I remember almost six years ago when I was driving through a mountain pass near Leavenworth and was told that people wait years for a permit to hike the peaks I saw from the car window. At the time I didn’t think anything of it. Day hikes were my jam. Backpacking seemed out of reach and none of my friends were into it.

This year was different. Back in May, emails starting circulating. Doodle invites were shared outlining every free weekend of the summer. Somehow a group of 8 of us were going to make it happen and all try our luck in the coveted lottery of Enchantment permits. And we won. The lottery system allows you to choose different zones. We landed a Snow Lakes permit — one that allowed us to hike 9 miles in to camp at a pristine alpine like and day hike into the “core zone” to experience the real Enchantments.

We started off on a Wednesday at lunchtime in the blazing heat. Our excitement and quick pace out of the gate was quickly assaulted by fatigue, sweat and the realization that we actually needed to hike 9 miles that day with over 4,000 ft. elevation gain. This was more than (most) of us had ever done in a day. But close to 7 hours later, we finally made it to our campsite. Tents came up, hammock was hung, water was boiled, dehydrated meals consumed and wine was thoroughly enjoyed.

On day 2, we were so eager to get into the Core. But first we had to get out of the Snow Lakes basin. And it’s a climb. A quick, but brutal climb over a trail that is barely there (and led to an unexpected side trip as we lost the trail). We scrambled over rocks, looked for cairns and were so happy to finally catch our breath once we arrived at a sun-sparkling Lake Viviane. We were momentary thrown off by a group of Indian hikers screaming into the cell phones, telling their friends they were amazed to have found service. But we pretended we couldn’t hear them and remained disconnected from our daily lives of email, texts and Instagram.

Once into the core, the trail weaves through alpine lake after alpine lake — each more stunning than the next. As we left Lake Viviane for Leprechaun, we hugged along some very exposed trails, ignored the adrenaline pumping and scouted some of the first of many many goats we would see along the trail. Leaving Lake Leprechaun, we all took turns running across a snow bridge that created a pass for us to avoid a waterfall below. I’m pretty sure we were some of the last people to enjoy the bridge before it was due to melt. Next up was Lake Perfection — my favorite of the day. We had a lazy lunch, watched goats and enjoyed the sunny shores of a truly perfect lake. Once we left Perfection, the dirt path turned to snow. And as we weaved around Lake Inspiration, we strapped on our Yak Traks and started a long steep climb that would take us to our destination: Asgard pass. Along the way, we marveled at Little Anapurna and an ice-covered Isolation Lake.

Day 3 was a day for rest. We wanted to enjoy our campsite and “the rock” next to us. We read, we sunbathed, we laid in hammocks, we swam, we strolled. It was a glorious day.

Day 4 we headed out. And while heading out was easier than the climb in, don’t be deceived. In no world can a 9 mile hike with a 40+ pound back be easy, even if you’re going downhill. It was the promise of brats and brews in Leavenworth that kept us going — and a guessing game of who was picked as Trumps running mate while we were disconnected.

And now for photos. Get ready for a long scroll… but I just couldn’t help myself. 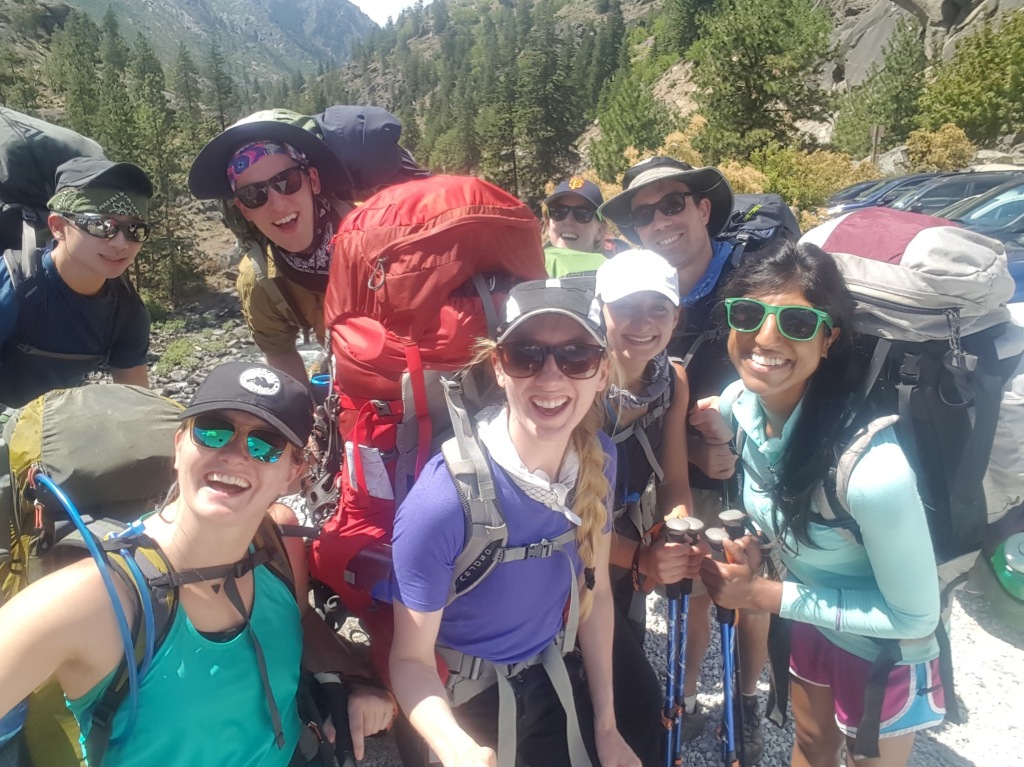 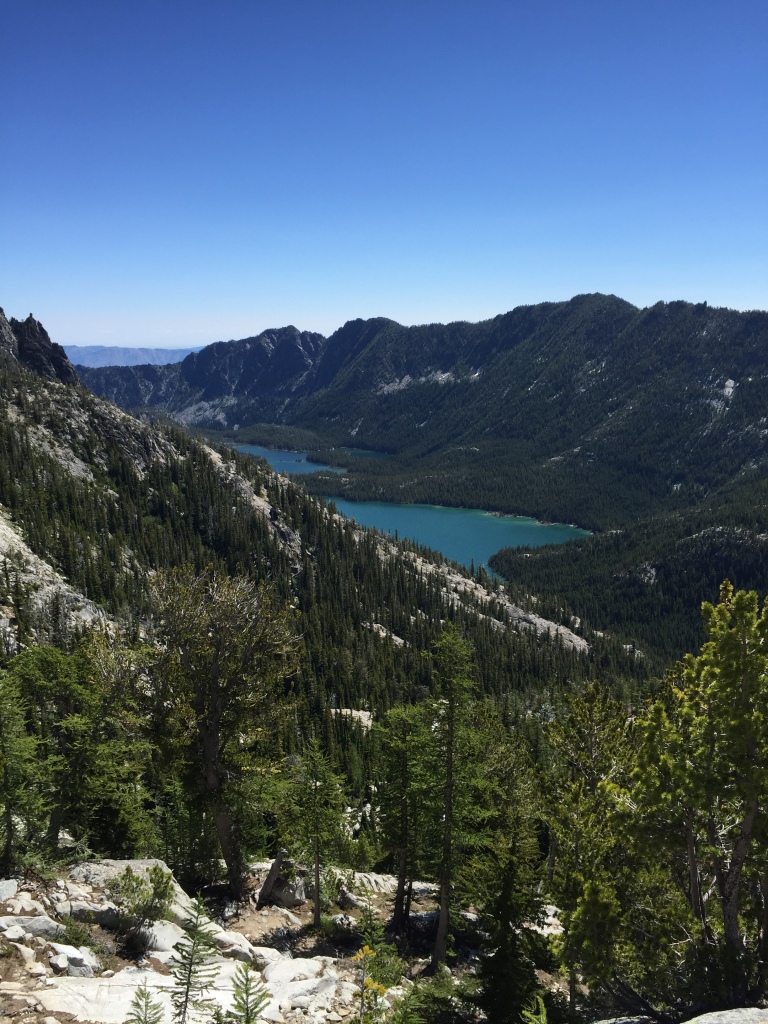 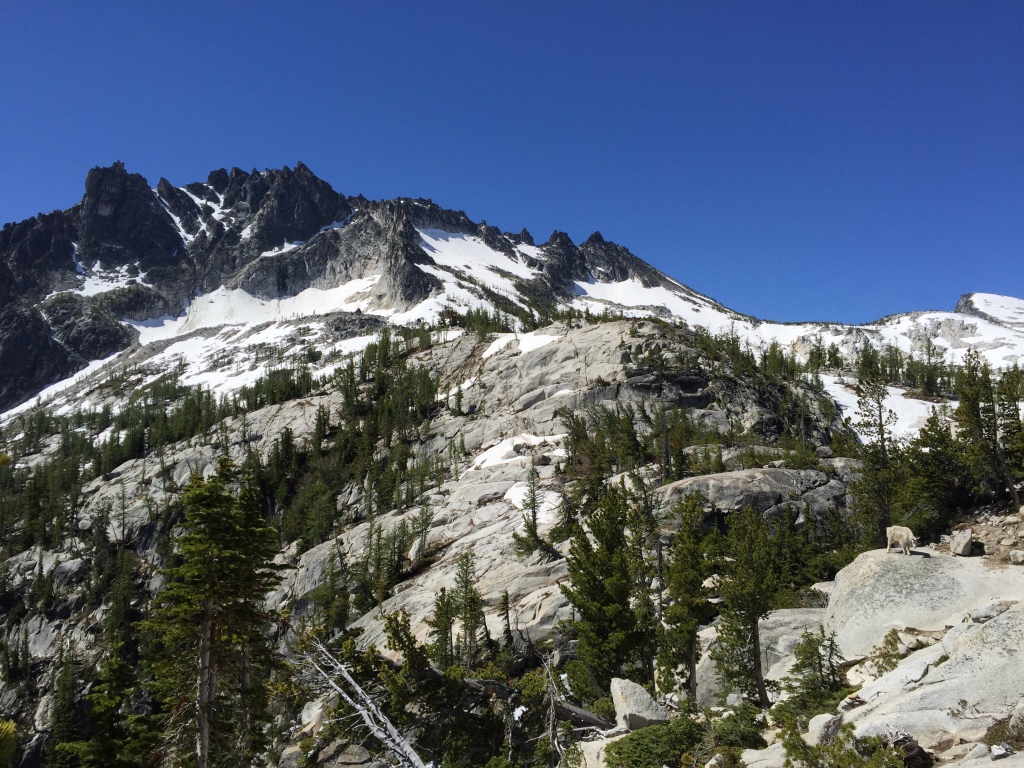 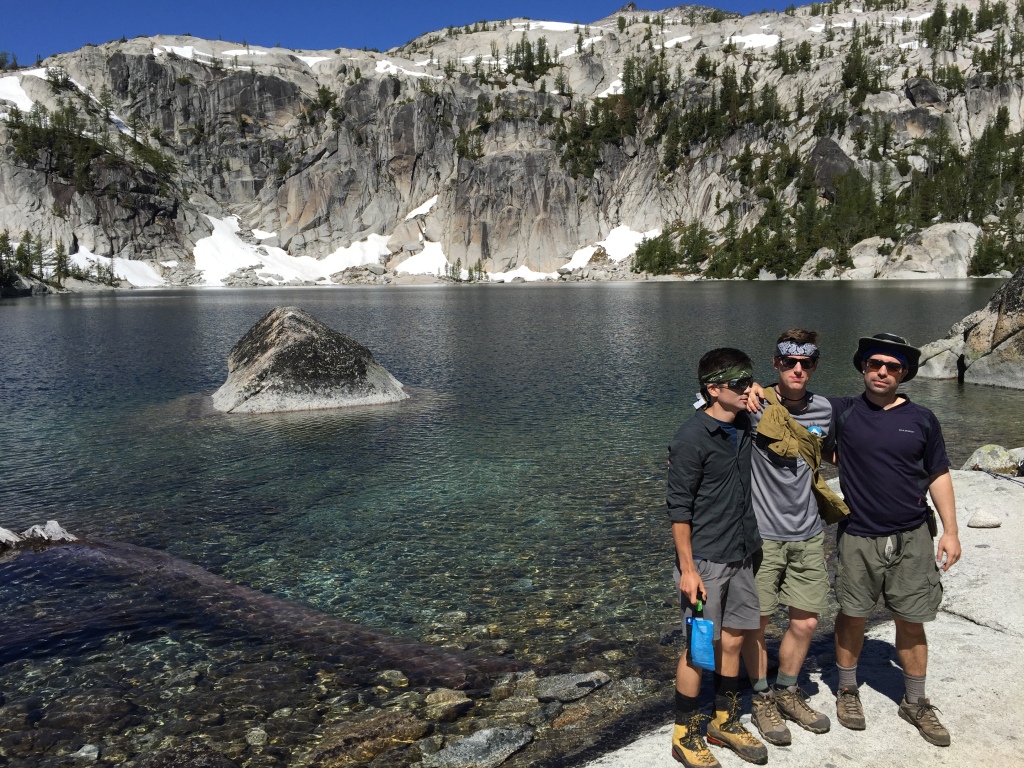 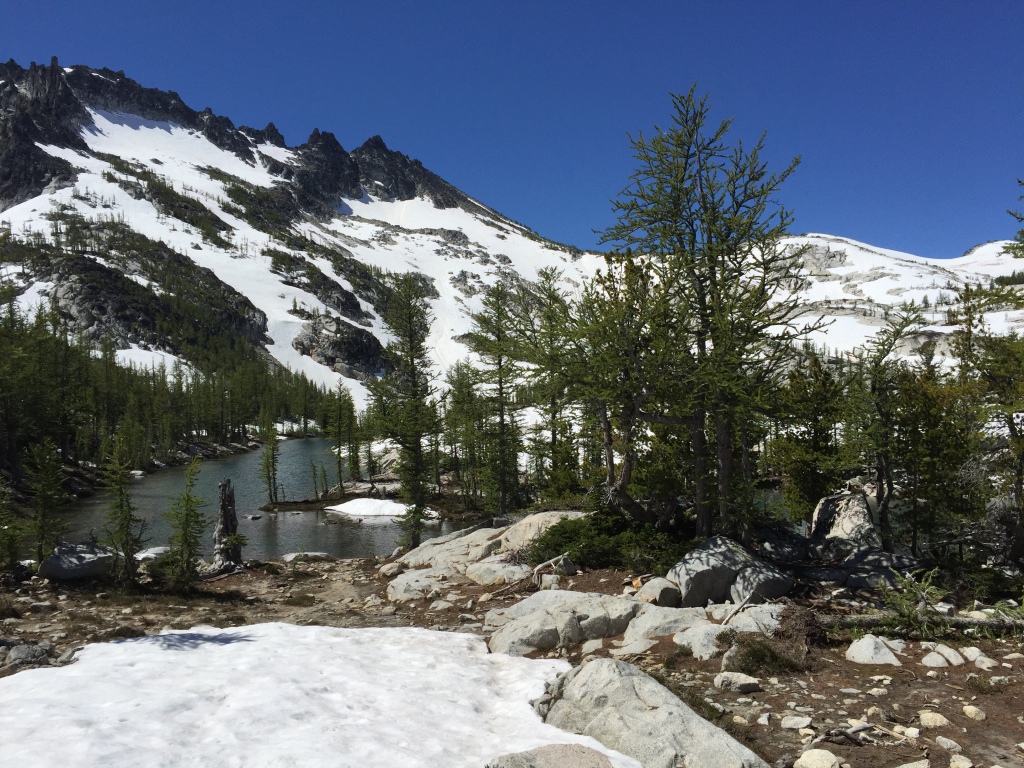 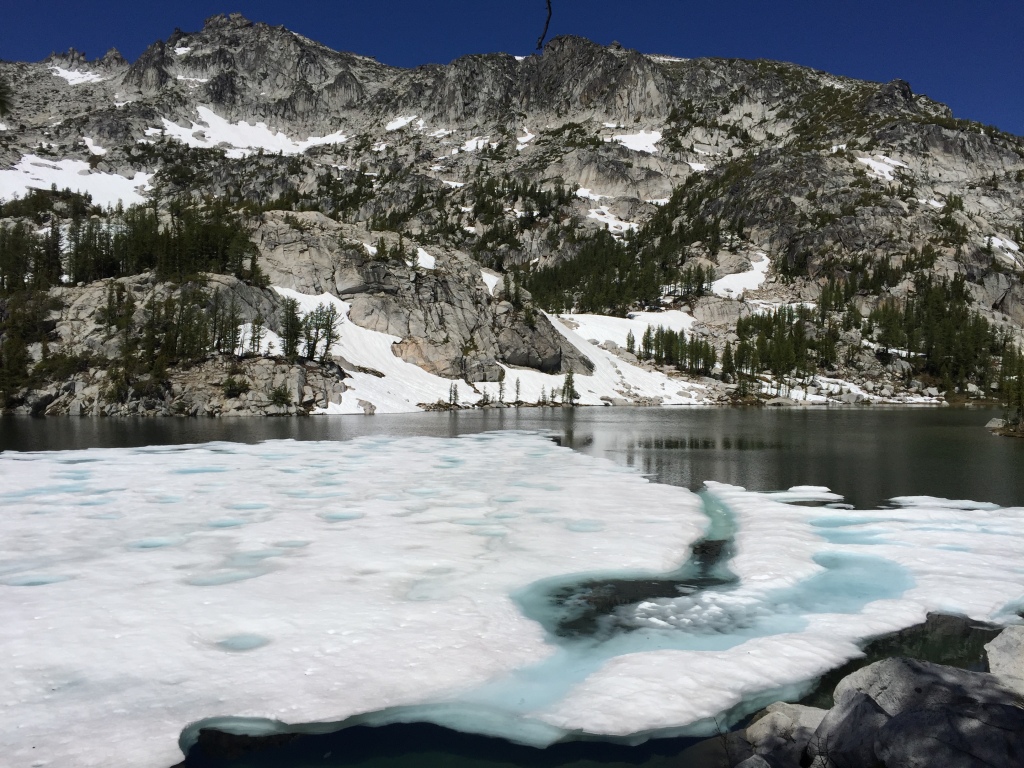 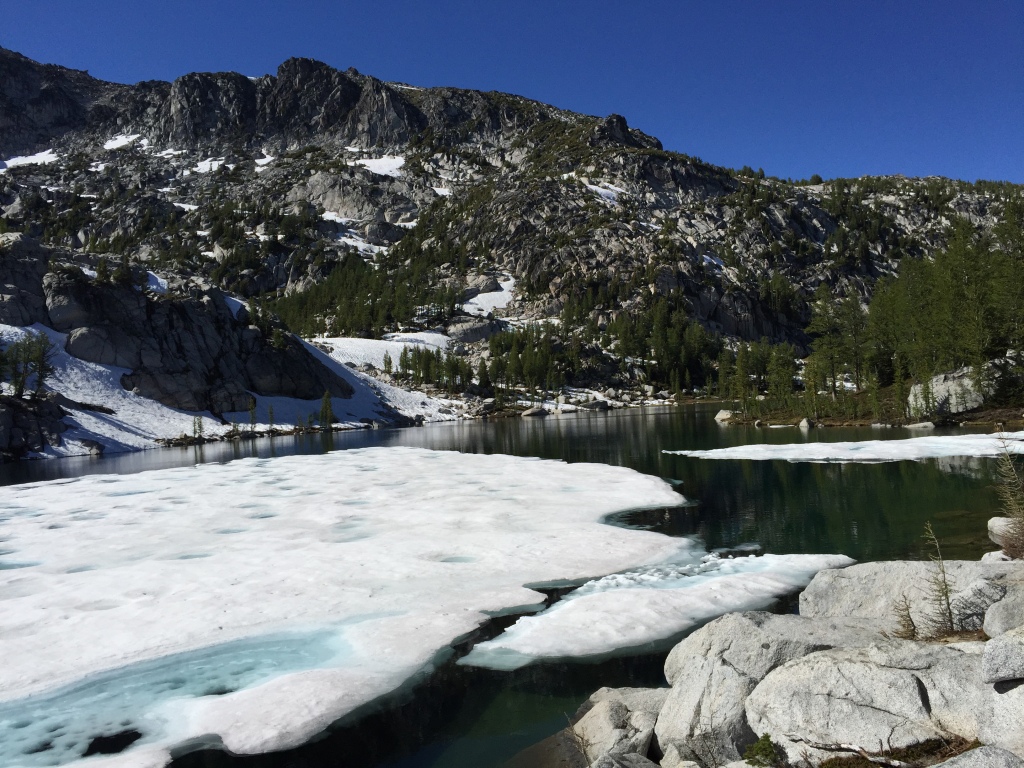 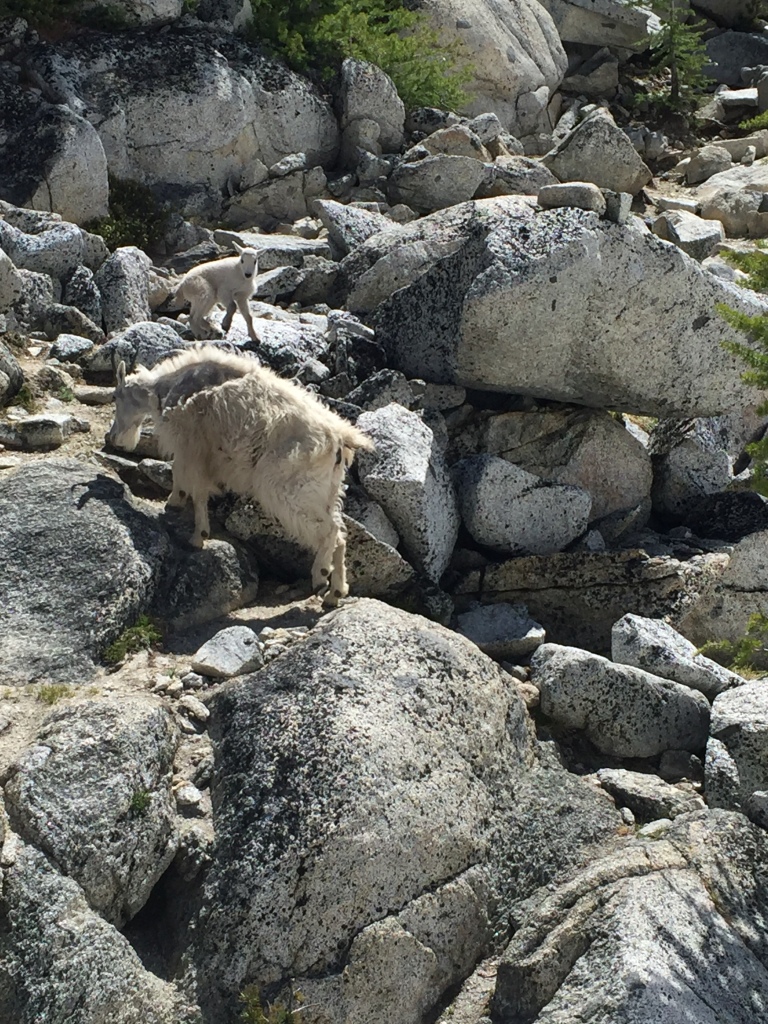 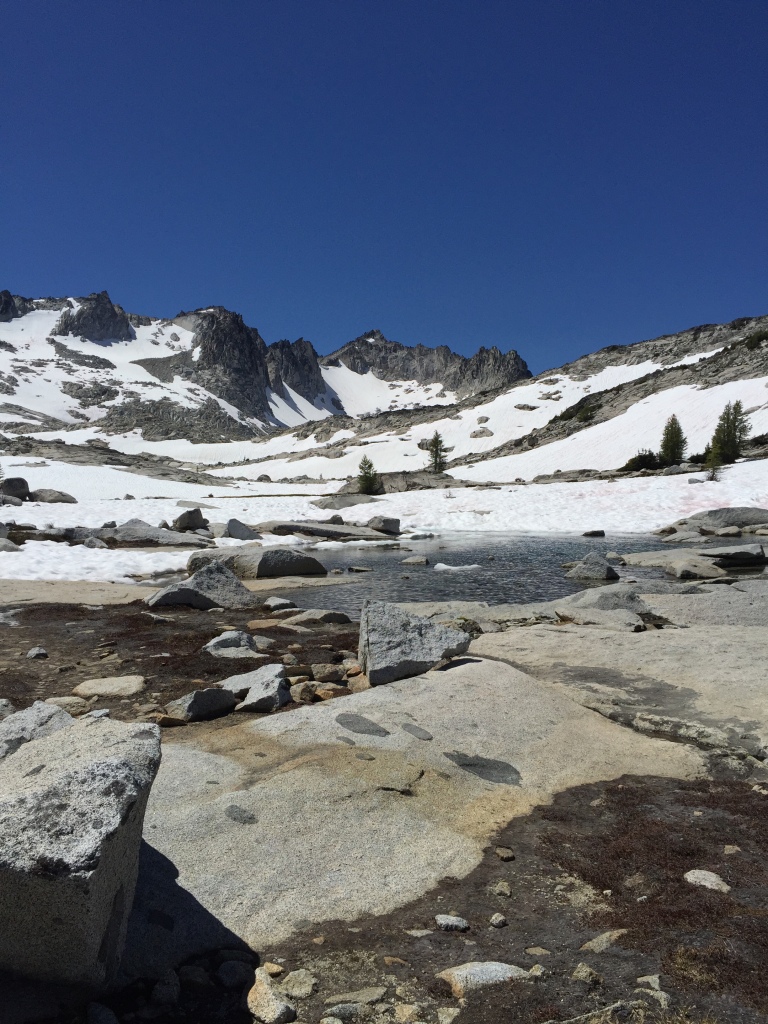 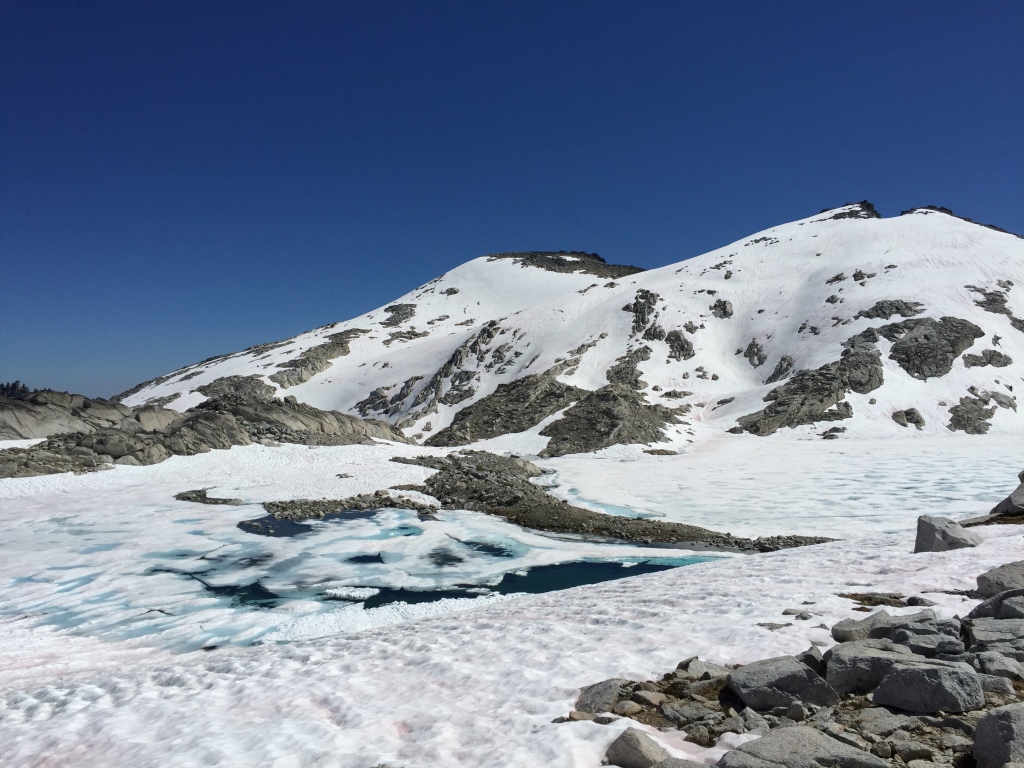 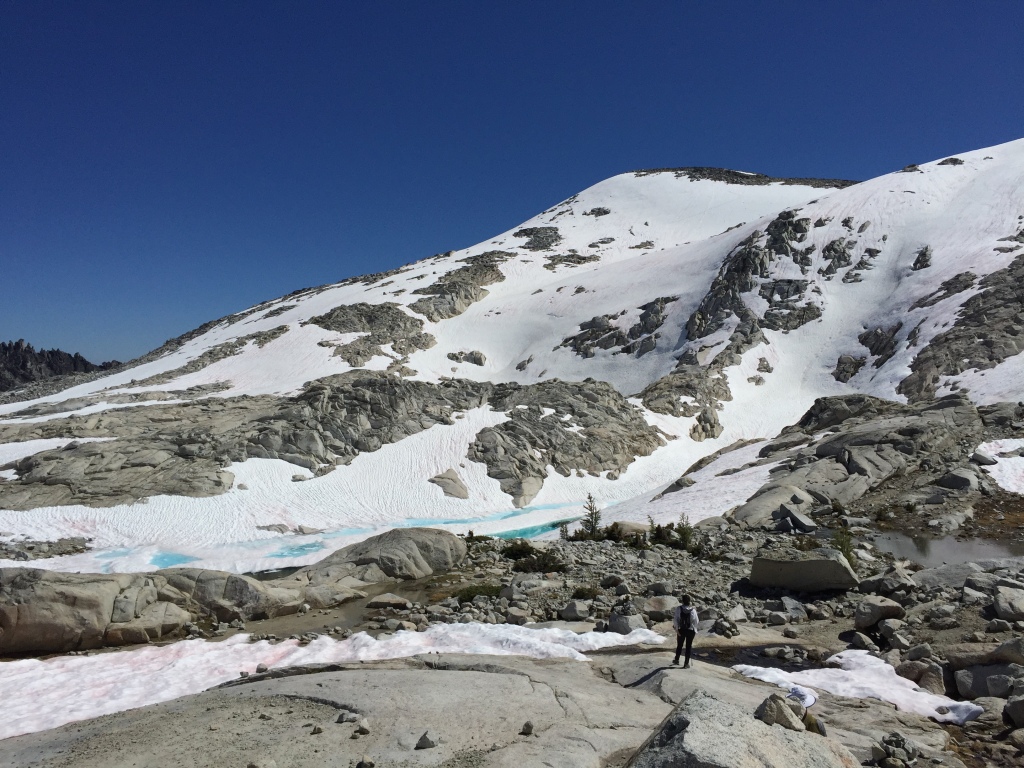 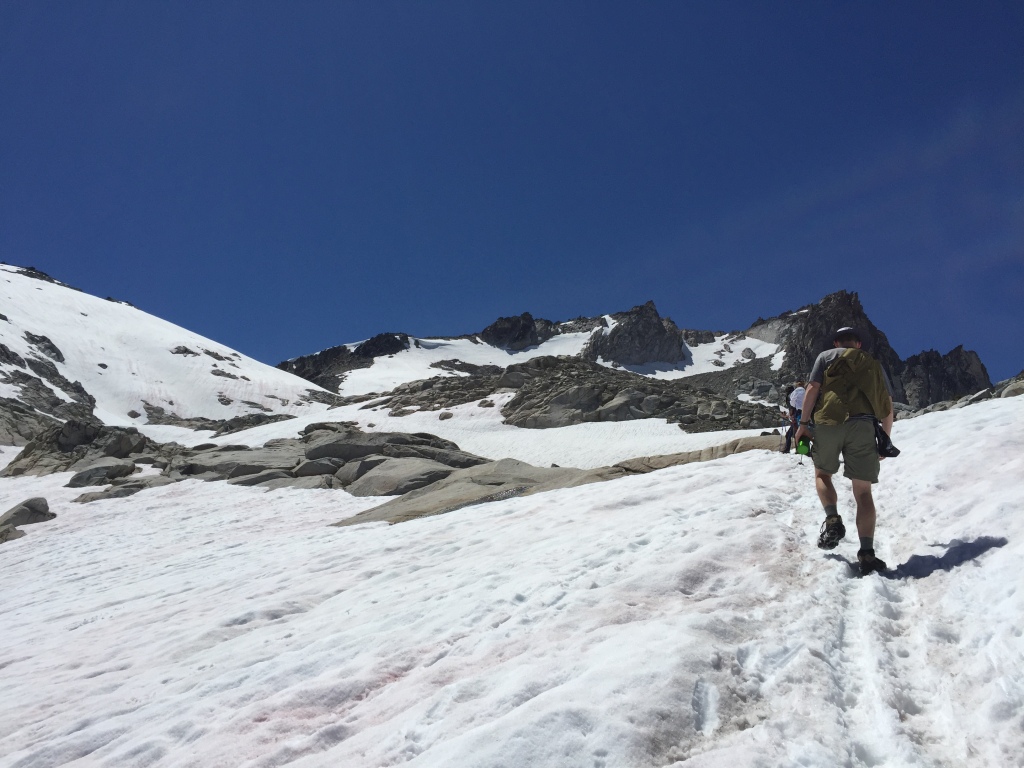 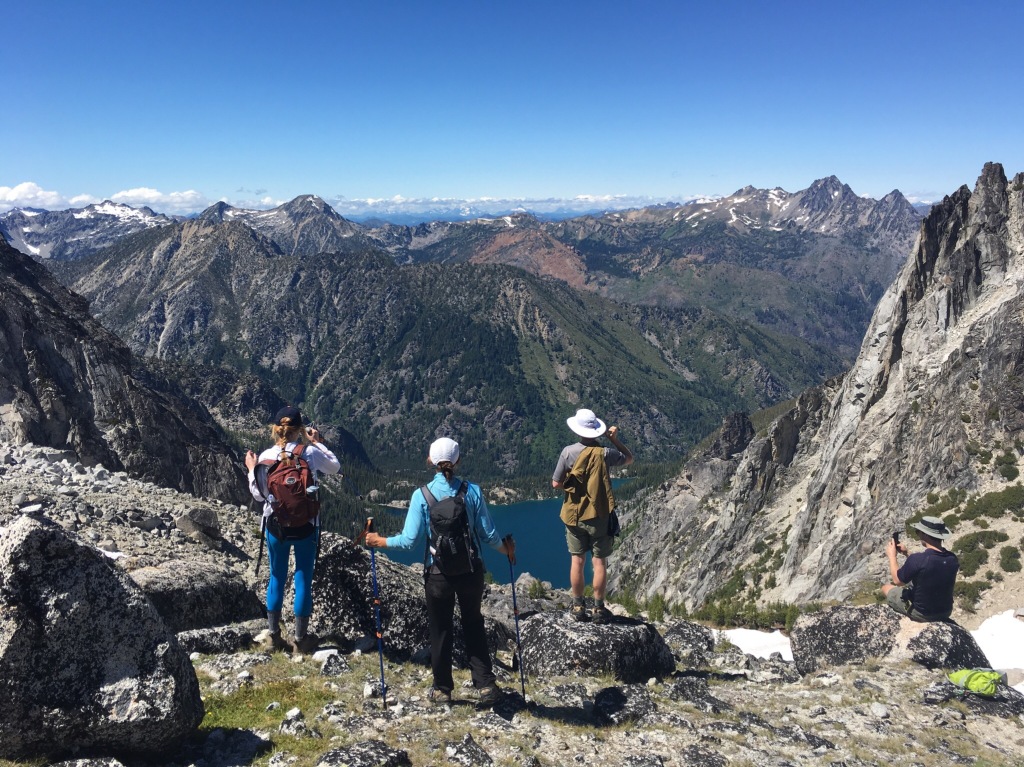 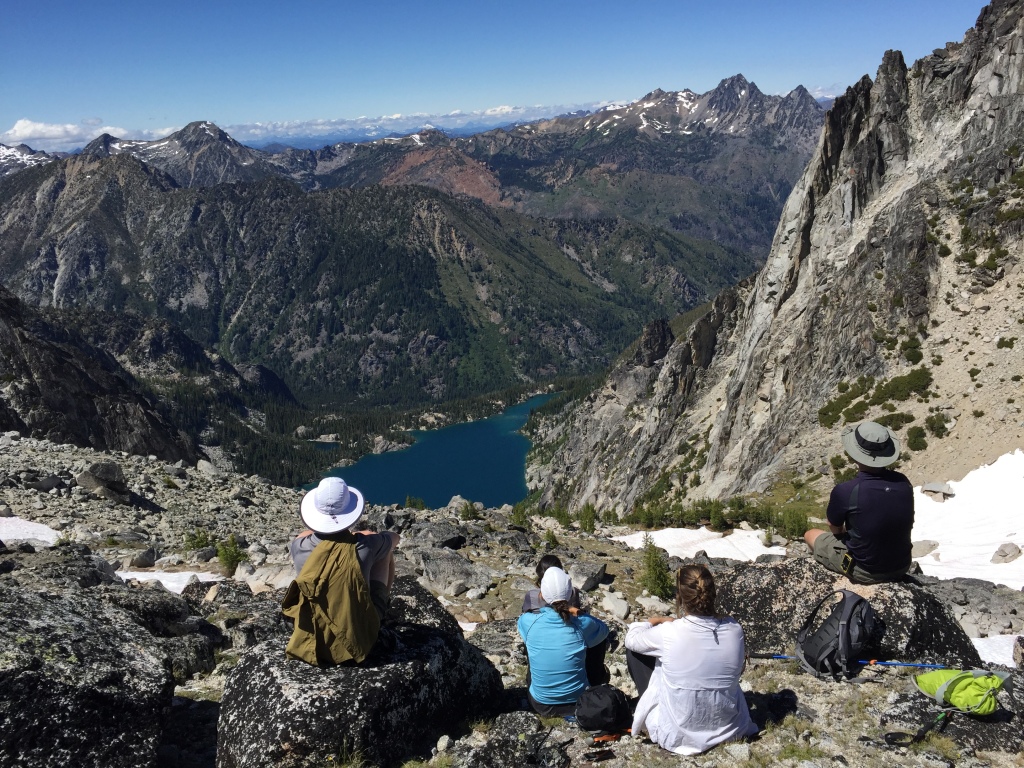 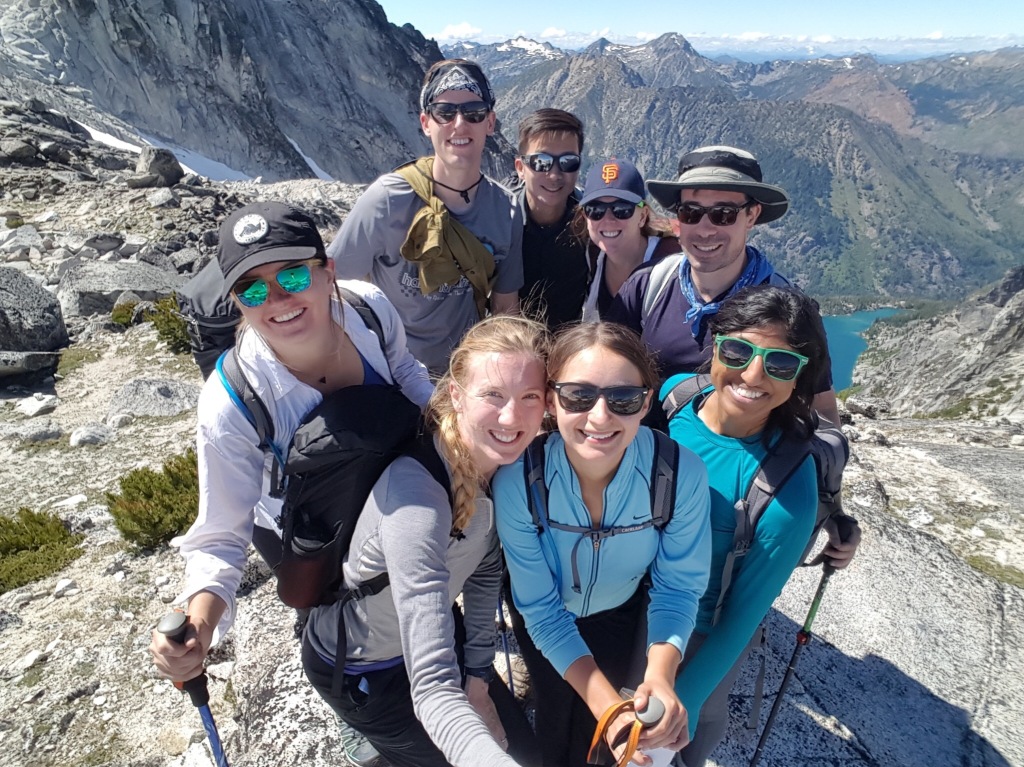 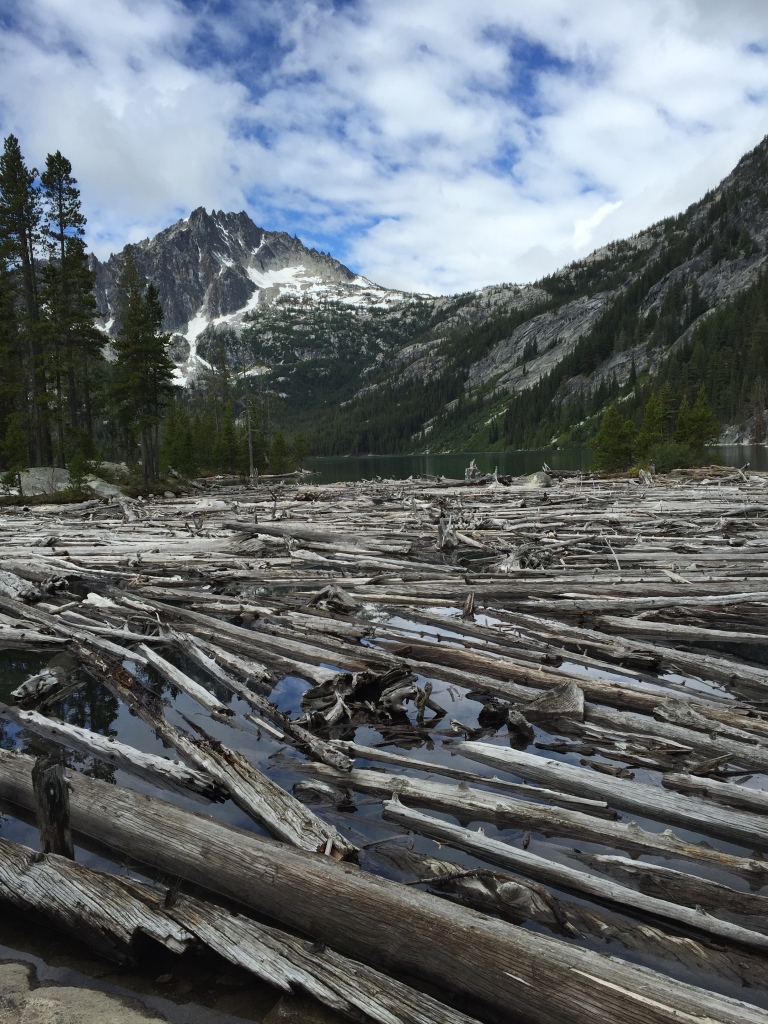