2015 has been a tough year. The past few months have been filled with extreme highs and the lowest lows and I couldn’t have gotten through it without Erika. She’s given me the permission I needed to take risks, the hope I needed to know the future holds love and happiness and the empathy I needed during moments of confusion and sadness.

On the eve of her 26th birthday, I was re-reading my maid-of-honor speech and it rings even truer today than it did back in April at her wedding. Thank you, Erika for everything. I’m so lucky to have a sister like you!

Photos and speech from a definite high point of 2015: 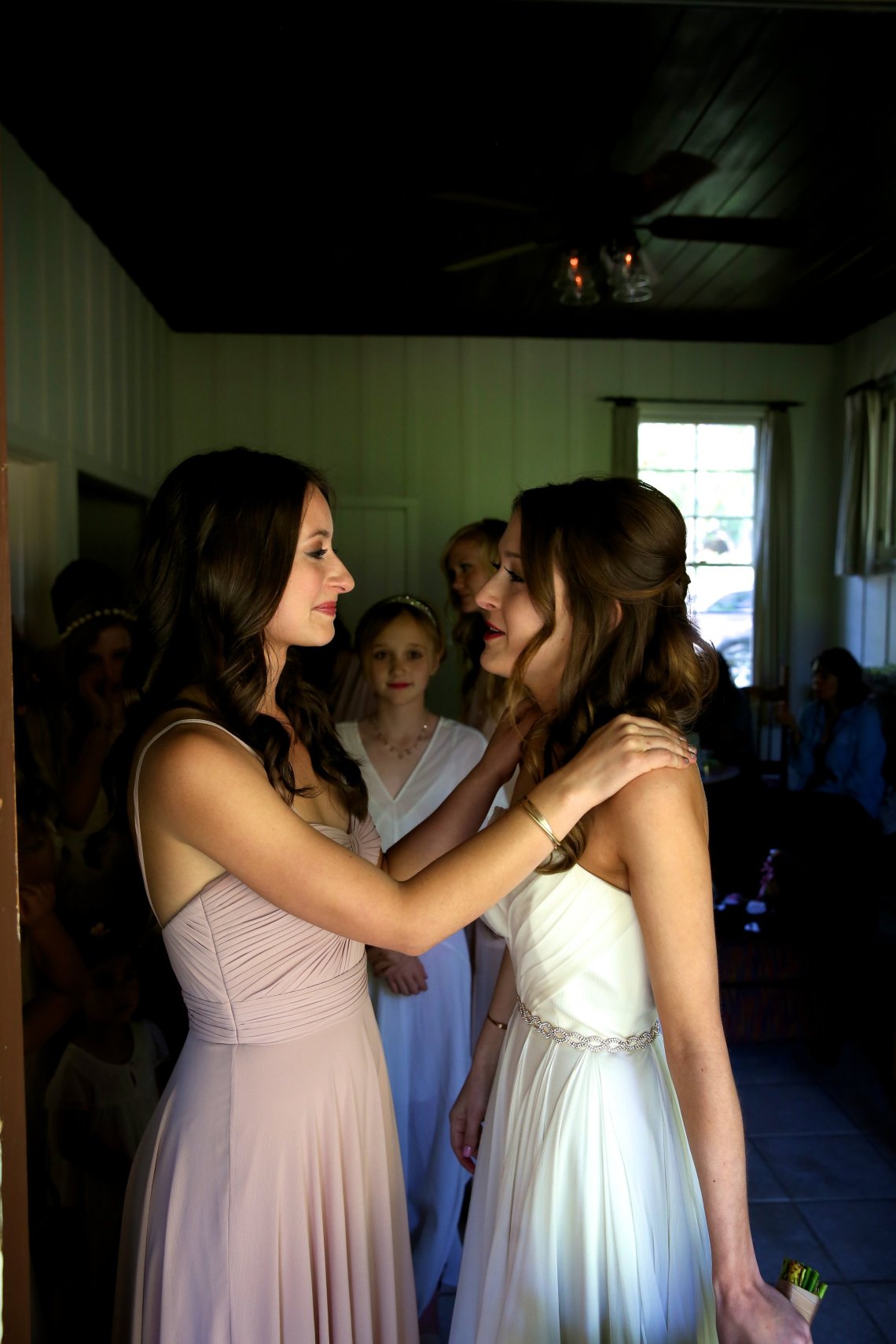 As the only non-actress in the family, there is a lot of pressure to write a good speech… but here it goes.

As I watch Erika hit this important life milestone of marriage first, I’ve reflected a lot on what my little sister has taught me in life. And it really comes down to three things.

1. You’re born sisters, but you have to work for friendship.

But that wasn’t always the case. When we both went to college we went on our own personal journeys. We became different people. And to build a friendship, we had to re-teach each other who we had become. We had to dig deep and learn of each other’s fears. We had to toss aside our high school resentment and really learn to express our feelings – the good and the bad. But the work paid off and I know I have a best friend for life.

2. What true generosity is.

As everyone here knows, Erika is the best gift giver. And it’s not because she spends money on other people. It’s that she just knows exactly what people need, when they need it and expects absolutely nothing in return. In fact, I think she gets more out of the giving than her lucky recipients.

I will never forget her generosity just over a year ago. I had called her upset and truly heart broken. The next morning I checked my email and found a flight already booked to LA from Seattle for the weekend. She knew me so well. While some may get over heartbreak with shitty tv and ice cream, she knew I needed to hop on a plane and get away. And she made it happen. As soon as I arrived we went into a store and she bought me a hot little jacket and the ugliest comfiest pajamas. “You need a outfit that makes you feel hot. And pajamas that make you want to curl up.” She knew what I needed.

Erika, you will always be my role model for true friendship and generosity.

3. Why you should never settle.

I never could have imagined a better match for Erika (and a better brother-in-law for myself). As Erika’s sister’s I always wanted her to find one of the good guys. But Jason is so much more. He understands Erika better than even Erika’s knows herself. They push each other to be better partners, better human beings.

One story sticks in my mind. Erika called me a few months ago and was telling me about a recent conversation they had. She said, you know what? Jason totally called me out and he was right. He’s helping me become a better version of myself. I was so moved. I knew that if they could push through adversity with such grace and respect for each other, that they were going to have such a beautiful marriage. I look forward to watching them grow and learning from them and for never settling for less than the love I see them have for each other.

Jason – welcome to the family. I’m so overwhelmed with happiness to celebrate you both tonight.