A year ago a started a new job and we had to fill out a questionnaire about ourselves. One answer was pulled out and put on a banner in the office kitchen so everyone could get to know you. Under my goals for 2014 I wrote: complete my first half marathon. And out of the 12 questions on the questionnaire, our HR team pulled THAT one to go next to my photo. I saw it every day as I passed by the kitchen.

While I’ve always been what I call a “lazy” runner – running 3-4 miles once a week – I’d never in my life run more than 5 miles. Whenever I thought about longer distances, I would get flashbacks to lacrosse practice in high school. We had to do a gruesome 5 mile loop around town and the last mile was a slow and painful incline. That loop had scared me off long distance running for ten years.

This year I had the urge to do something totally out of my comfort zone. Something that scared me just a little bit.

I started small. In July of this year a friend asked me to go for a six mile run around Lake Union. That would have been the longest run of my life. I said yes. We chatted the whole time, took it slow, and before I know it I had done it.

Flash forward to September. I still knew I had committed to running a race, but had not signed up for anything. I still had time, right? One day a coworker forwarded me a link to one at the end of October. We had been running short runs at work once a week and she was gearing for a race. Without thinking twice I emailed her back and told her I was in!

The race was 12 weeks away. Based on a training plan I found, I had three weeks left to get over my fear of runs longer than 6 miles.

I did what any good procrastinator might do. I researched the sh*t out of half marathons. I talked to coaches, I mapped out cool seattle runs, read articles on what to wear, what to eat. I gathered so much information that I actually ended up compiling into an article – the ultimate guide to running a seattle half marathon – and pitched it to Actively Northwest. The article went live before I did the race — the public pressure I needed to not give up.

The first long run I did solo. I mapped out a 7 mile loop in Ballard. It was a gorgeous, blue sky Saturday. I procrastinated in my apartment for a good hour before. I did ridiculous stretches. I drank more water. I made a whole new running playlist. Finally, I just went! 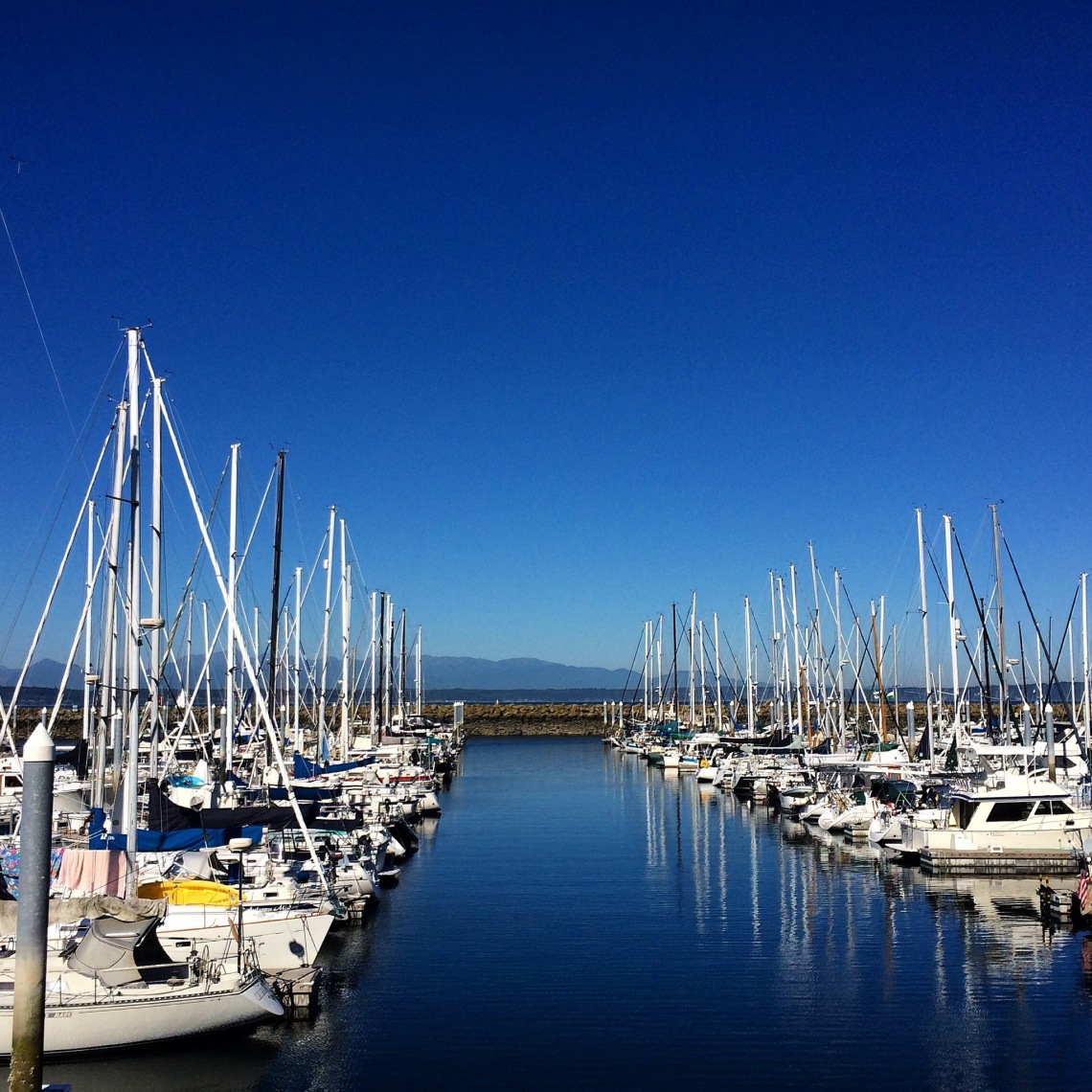 The second my running app said 7 miles I was elated. It wasn’t so hard…

My running partner and I then did every other long run together. I’d knock out a few short runs during the week, but we did 8, 9, 10 and 11 together. Every time I loved the feeling of knowing I just finished the longest run of my life.

In the weeks leading up to the race, I had four trips planned — which made training interesting to say the least.

One day I woke up at the crack of dawn to get in a run around Green Lake before a flight. 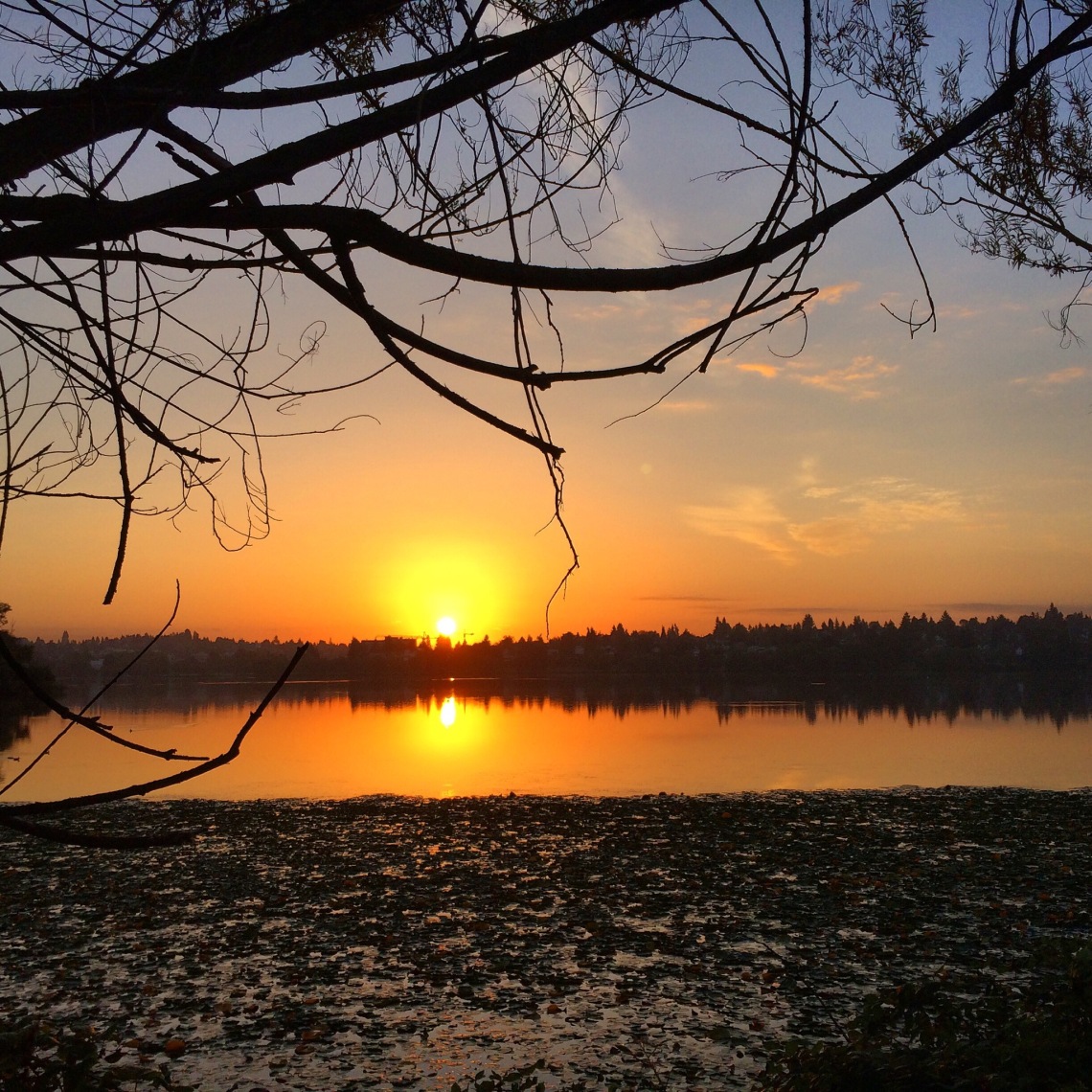 I went running on the Music City Bikeway in Nashville. 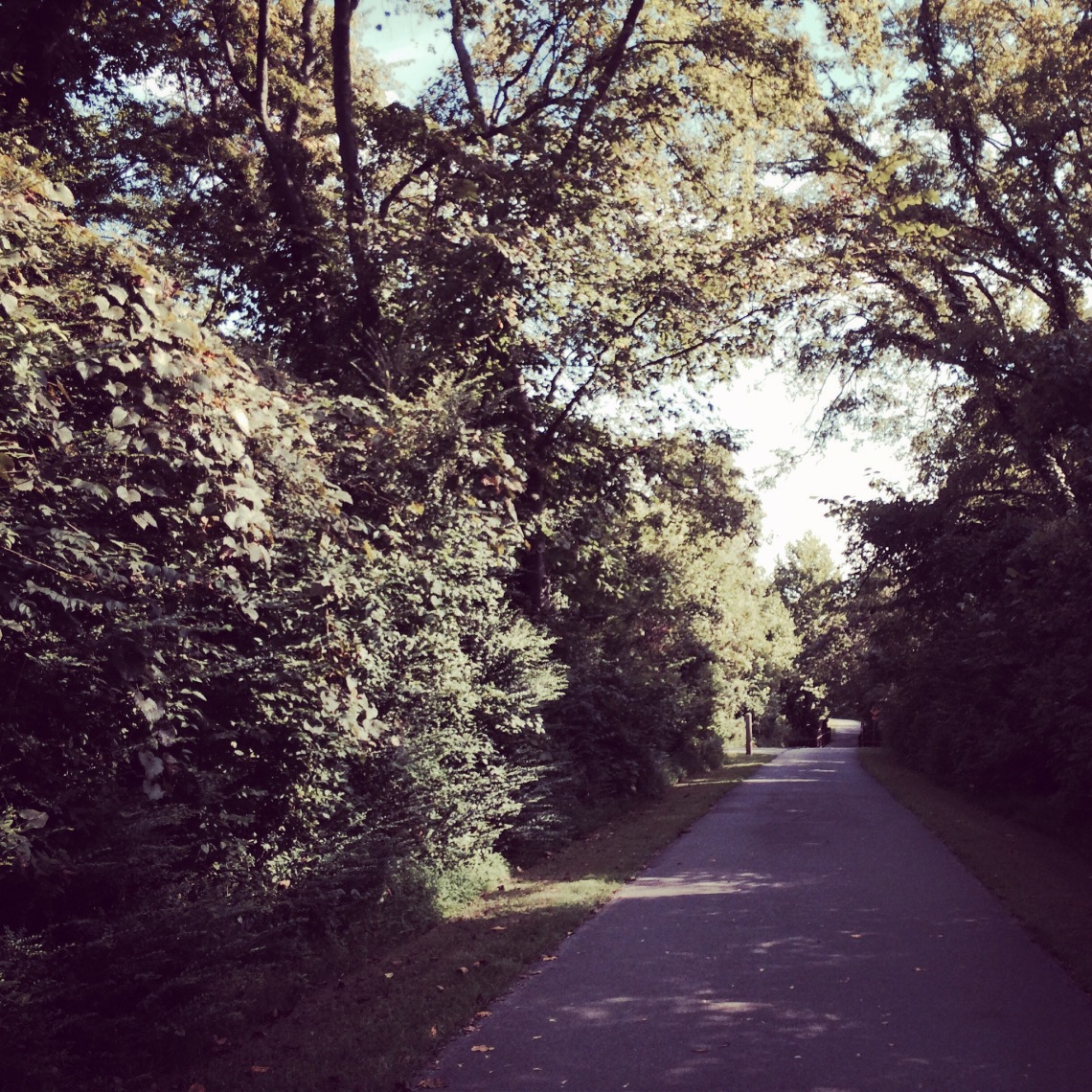 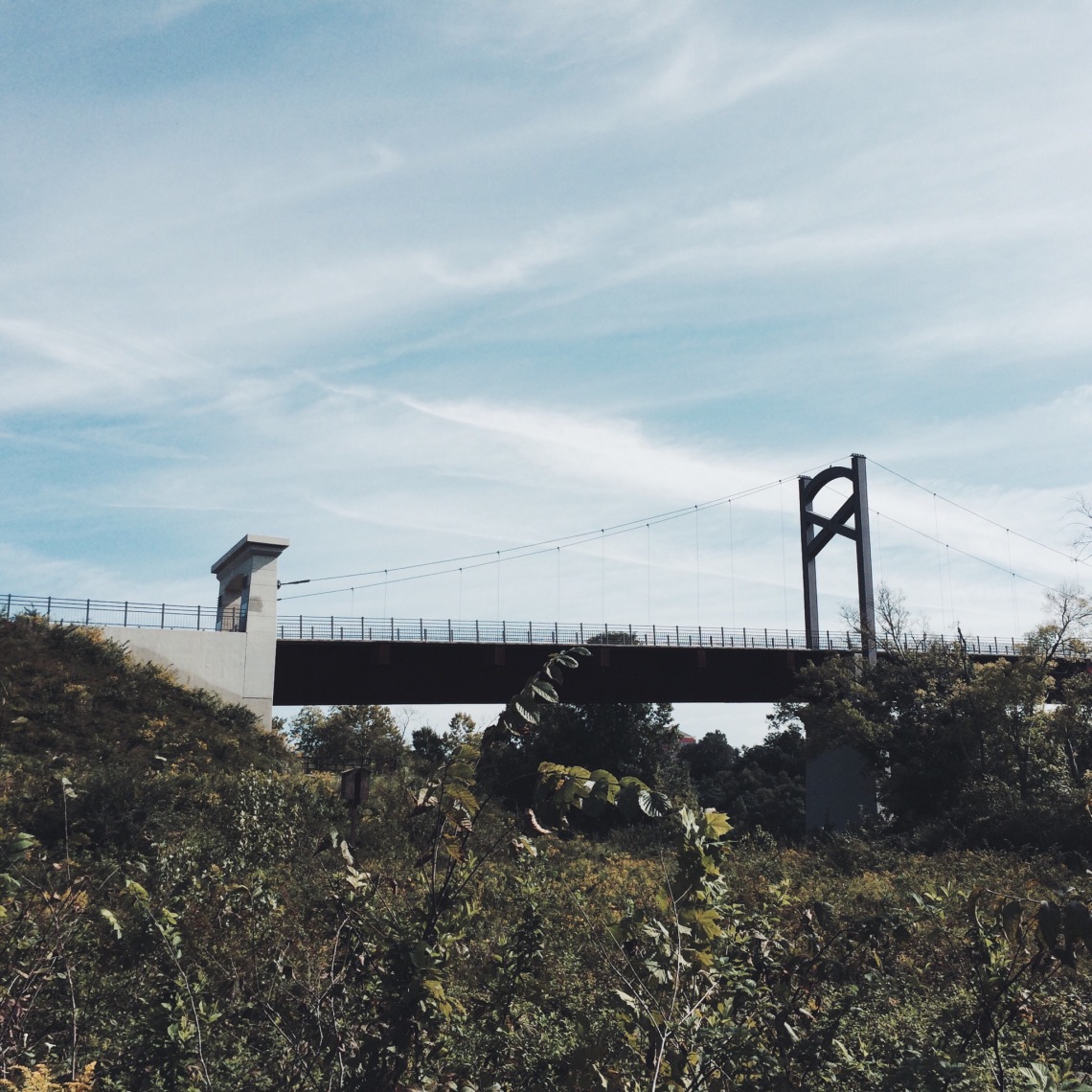 I ran before a wedding in Oakland. 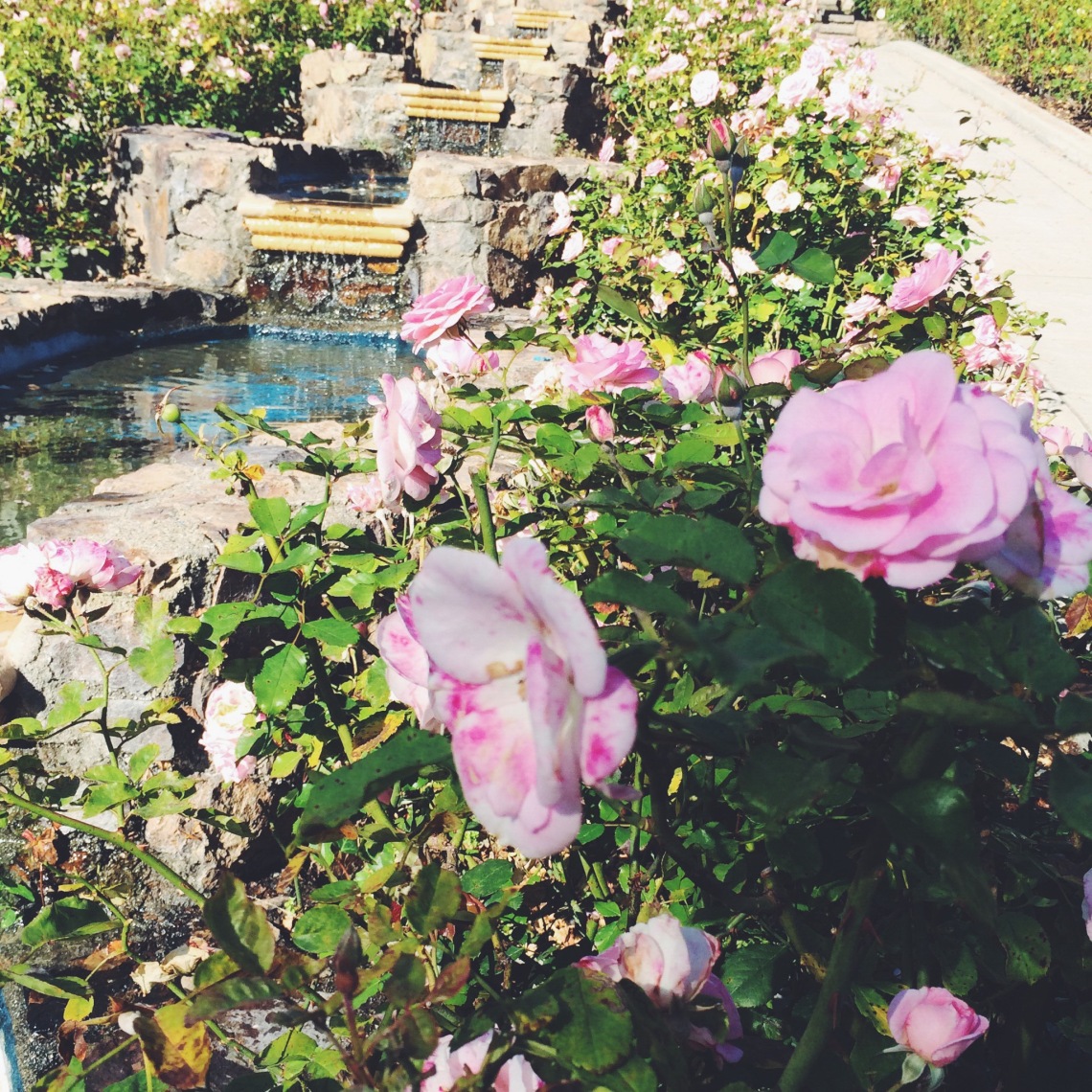 I scheduled catch up dates with a friend in San Francisco and ran around the city before a conference. 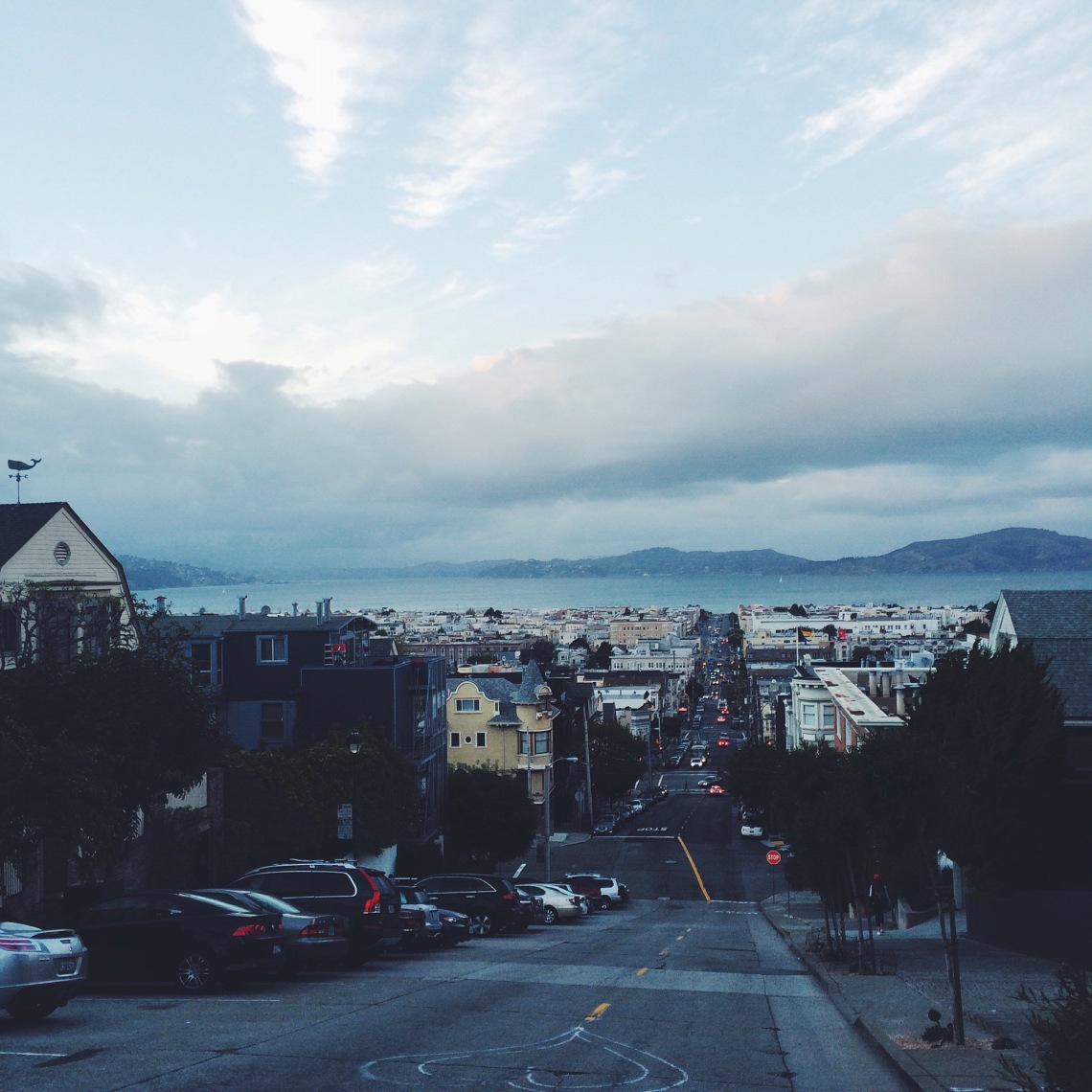 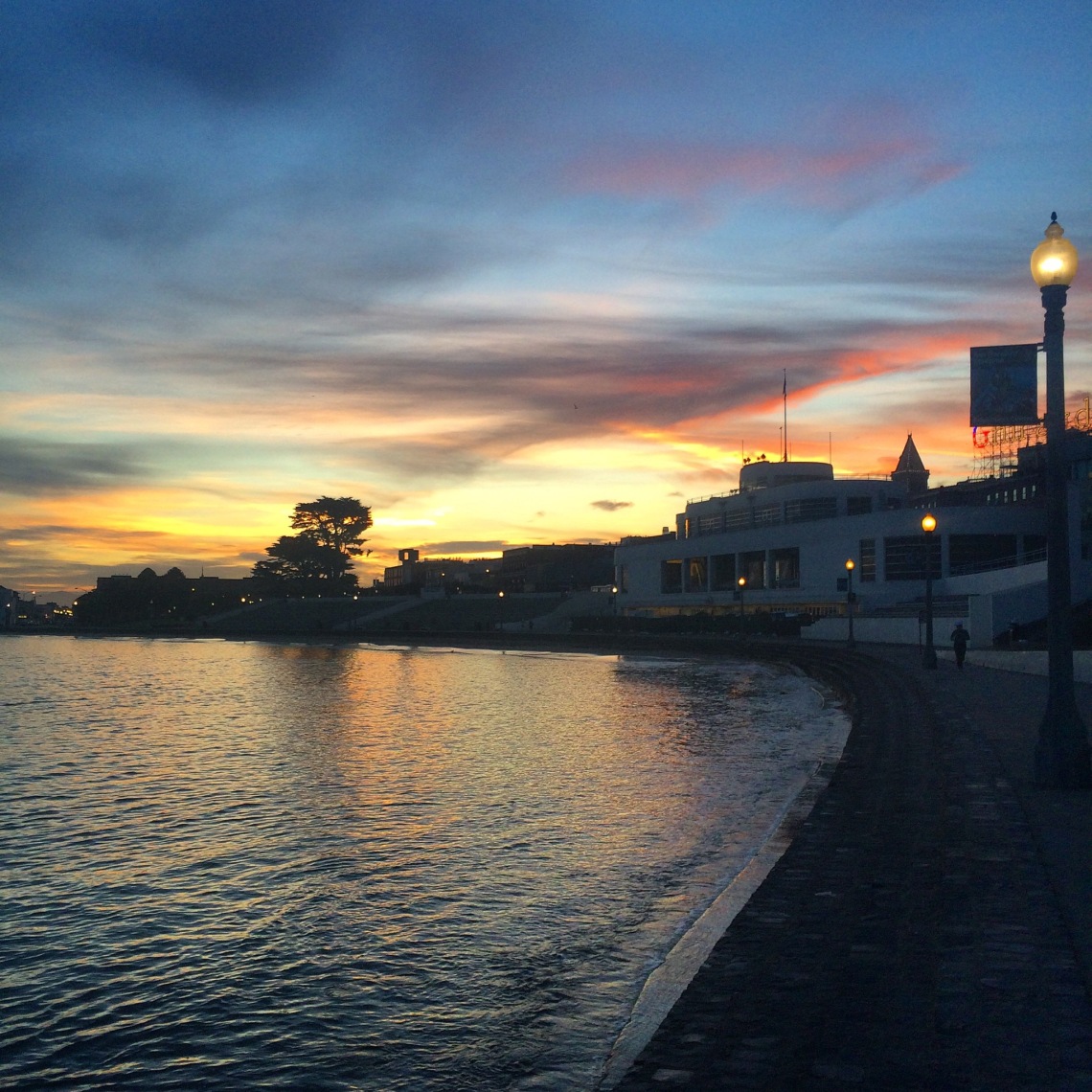 But mostly I enjoyed running in our beautiful city. This truly was an amazing fall. 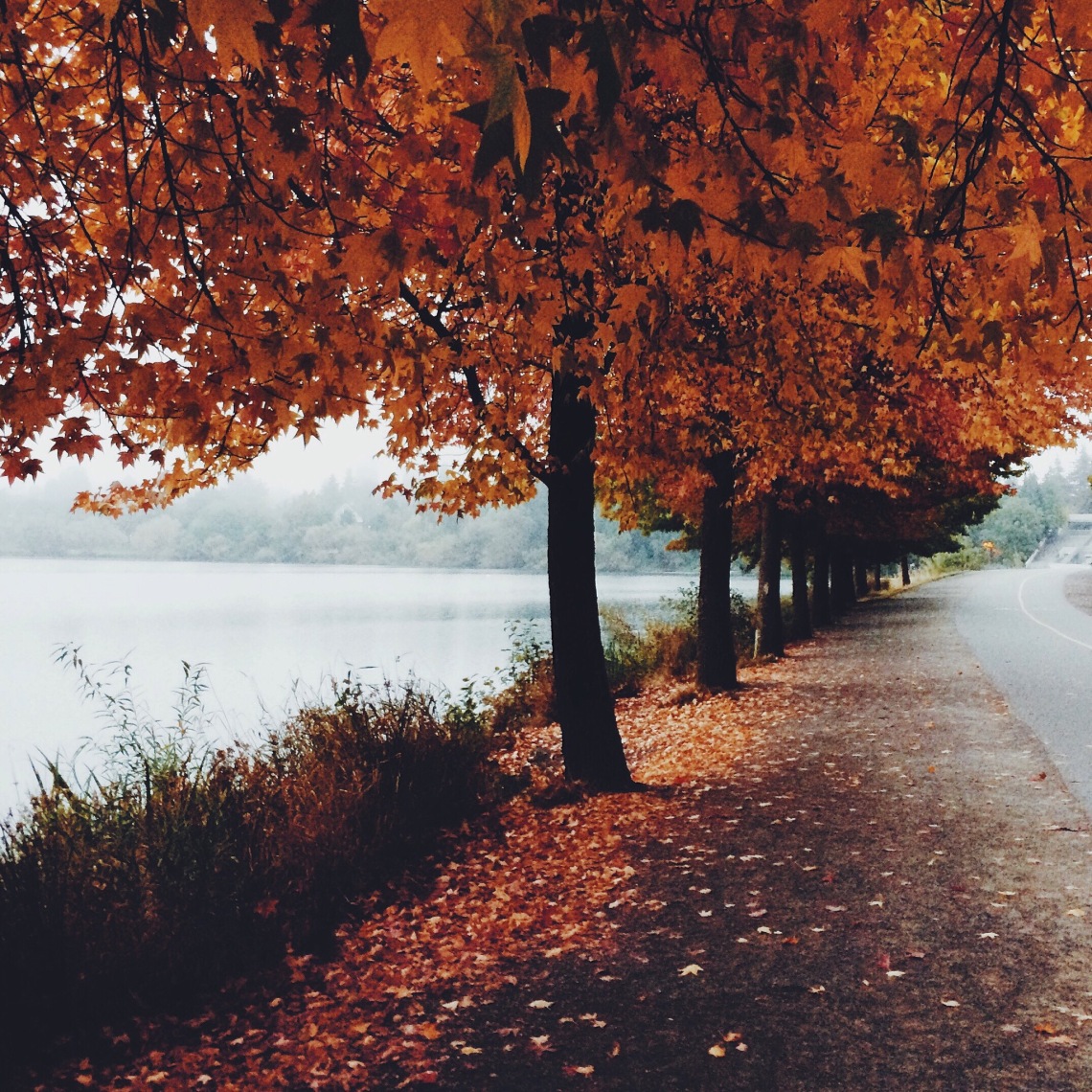 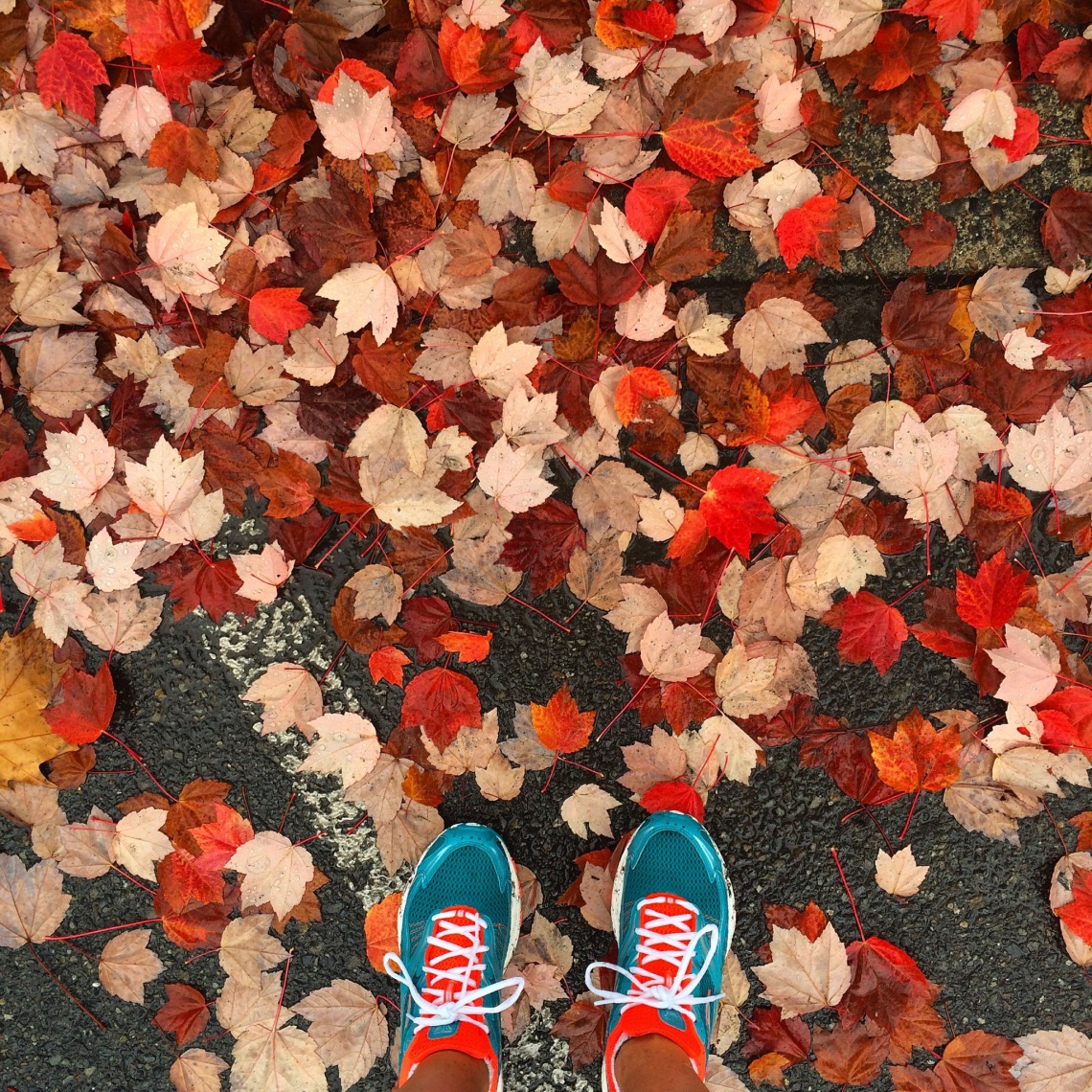 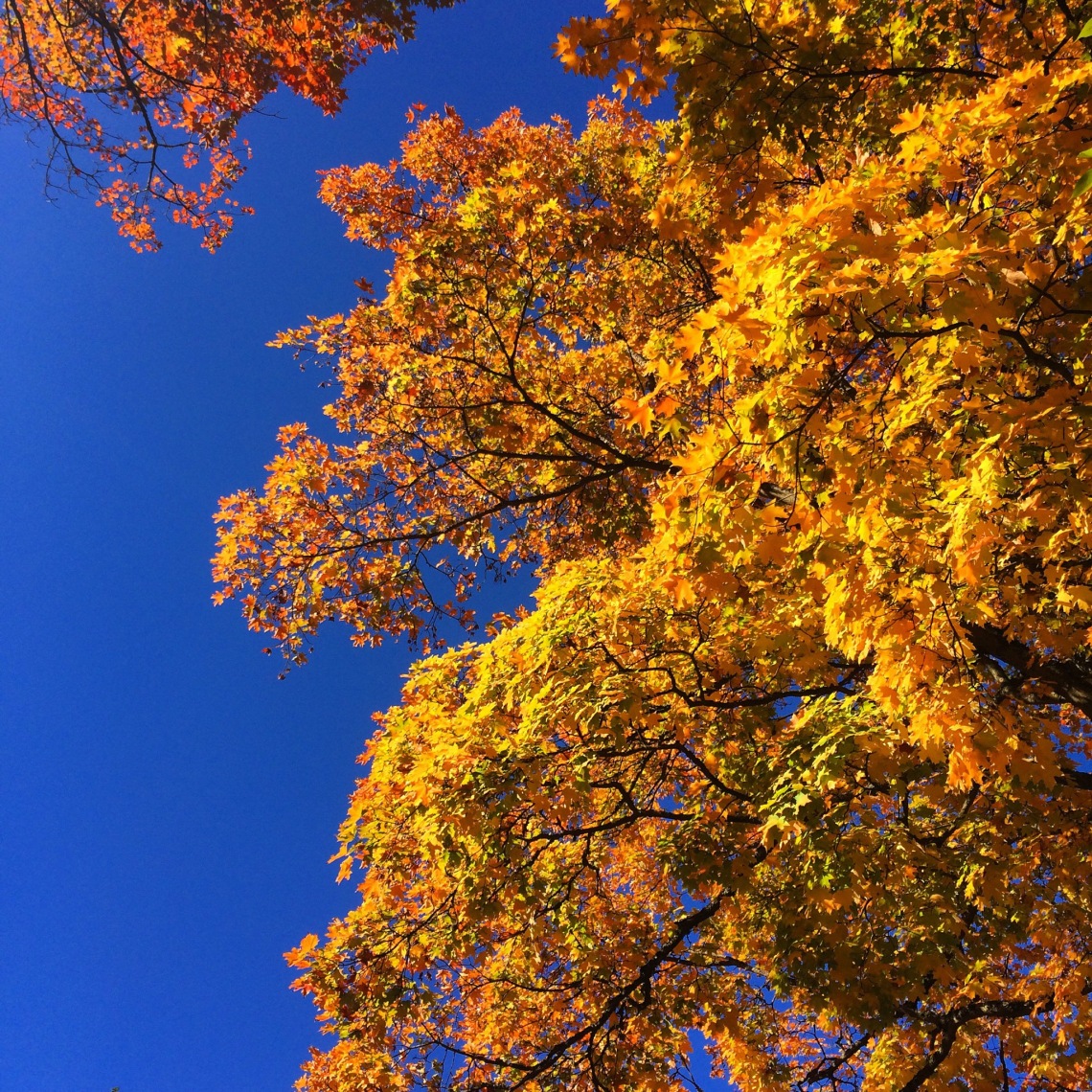 Then, Monday morning I woke up with nasty cold. The next week, I stopped running. I tried every medical and herbal remedy for colds. (Note to readers: Chugging apple cider vinegar does absolutely nothing. Save yourself).

By the day of, it didn’t matter. I just had to do it. We arrived in the town of Snohomish at 6:30 a.m. and walked in the dark down to the starting line. The rain seemed to stop just in time for our race.

Shelby and I had a goal to finish under two hours, but hadn’t really been pushing ourselves in training. We decided to start with the 1:55 pacer group and try to keep up as best we could. 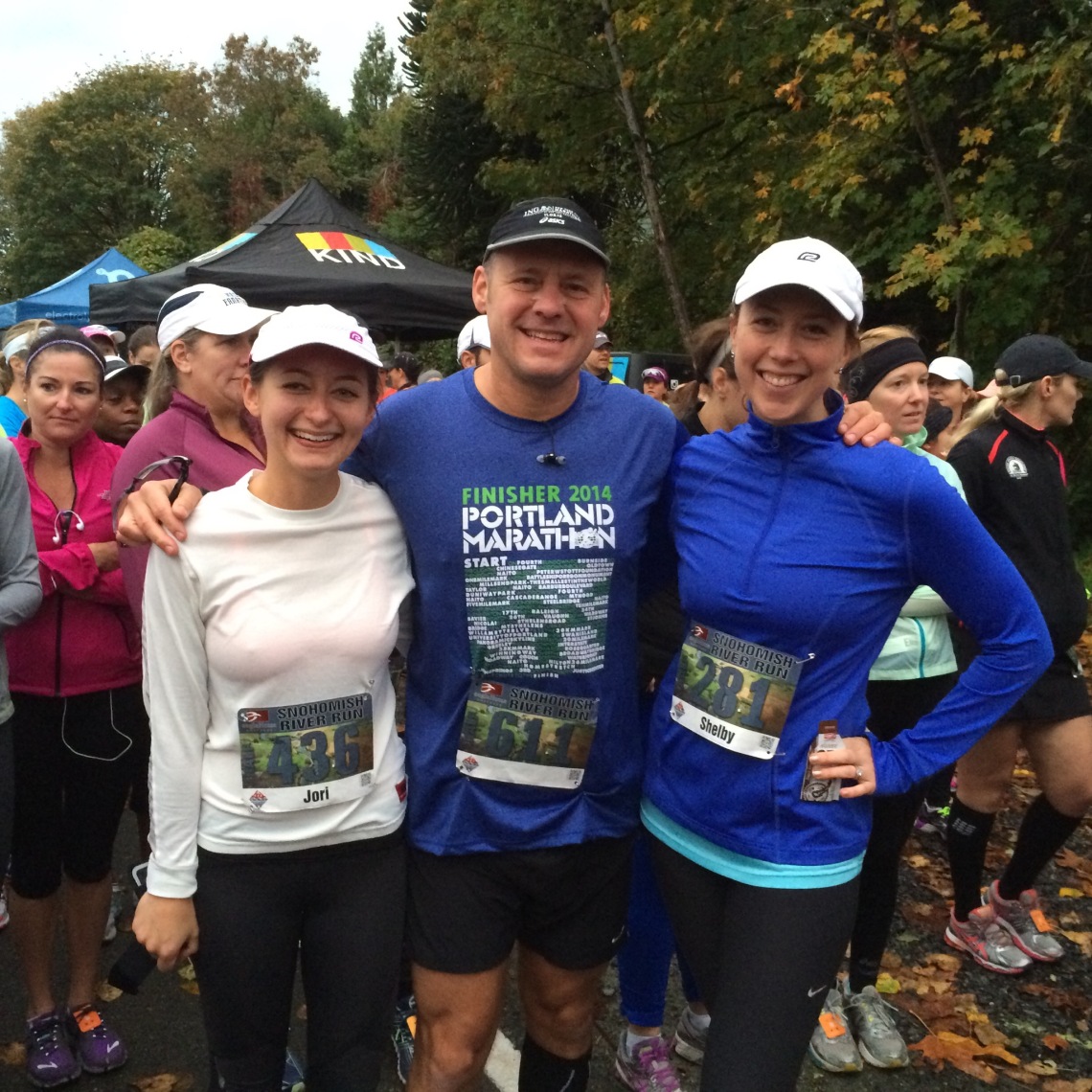 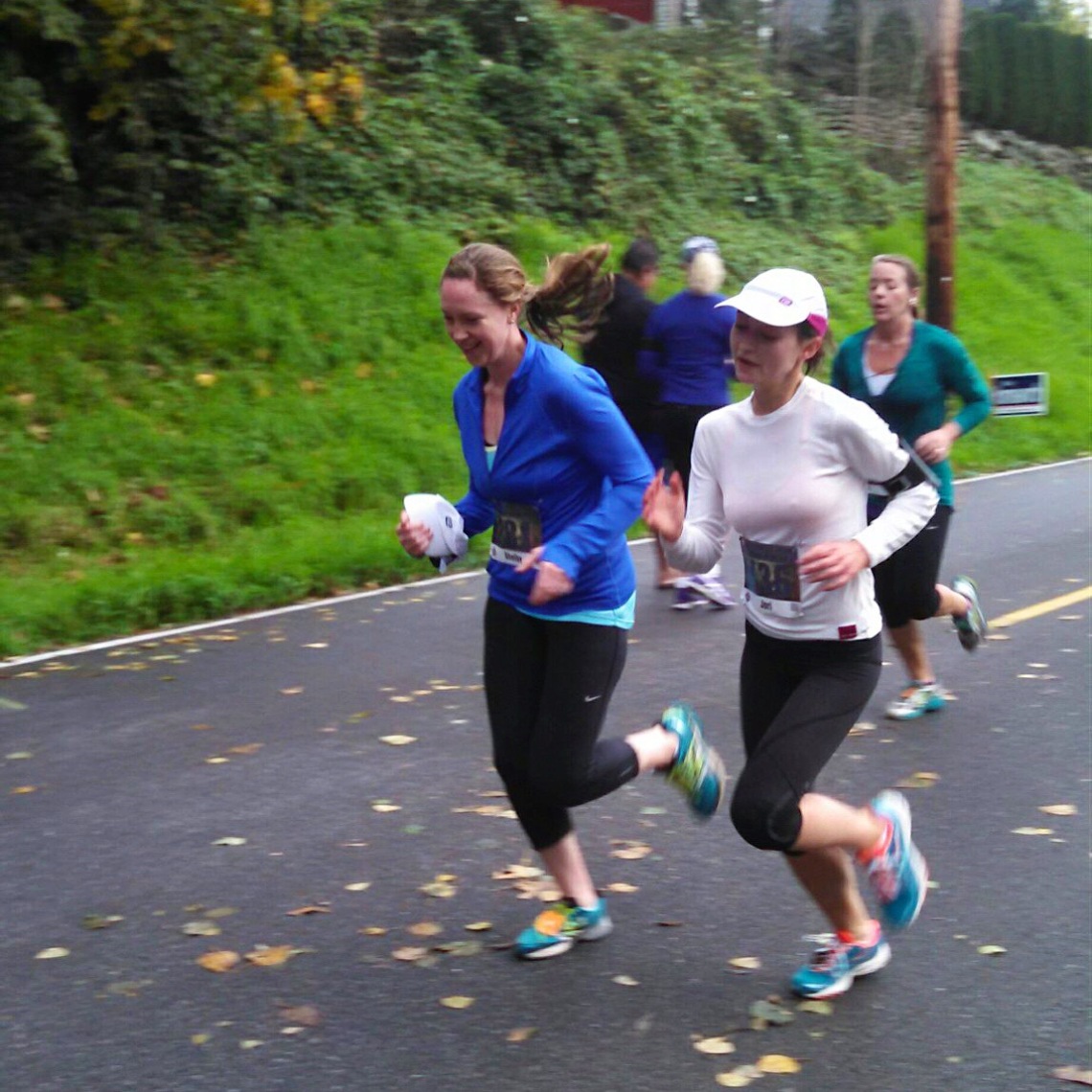 The energy of the race and runners around us kept us pumped and we managed to keep our mile times at 8:30 – 8:45 the whole way. By the time we were 3/4 of the way done, we knew we had a 2 hour time in the bag. It was a pretty awesome feeling.

By mile 12, we were both definitely feeling it. The end was in sight, but it hurt to get there. Below we’re sprinting to the finish. 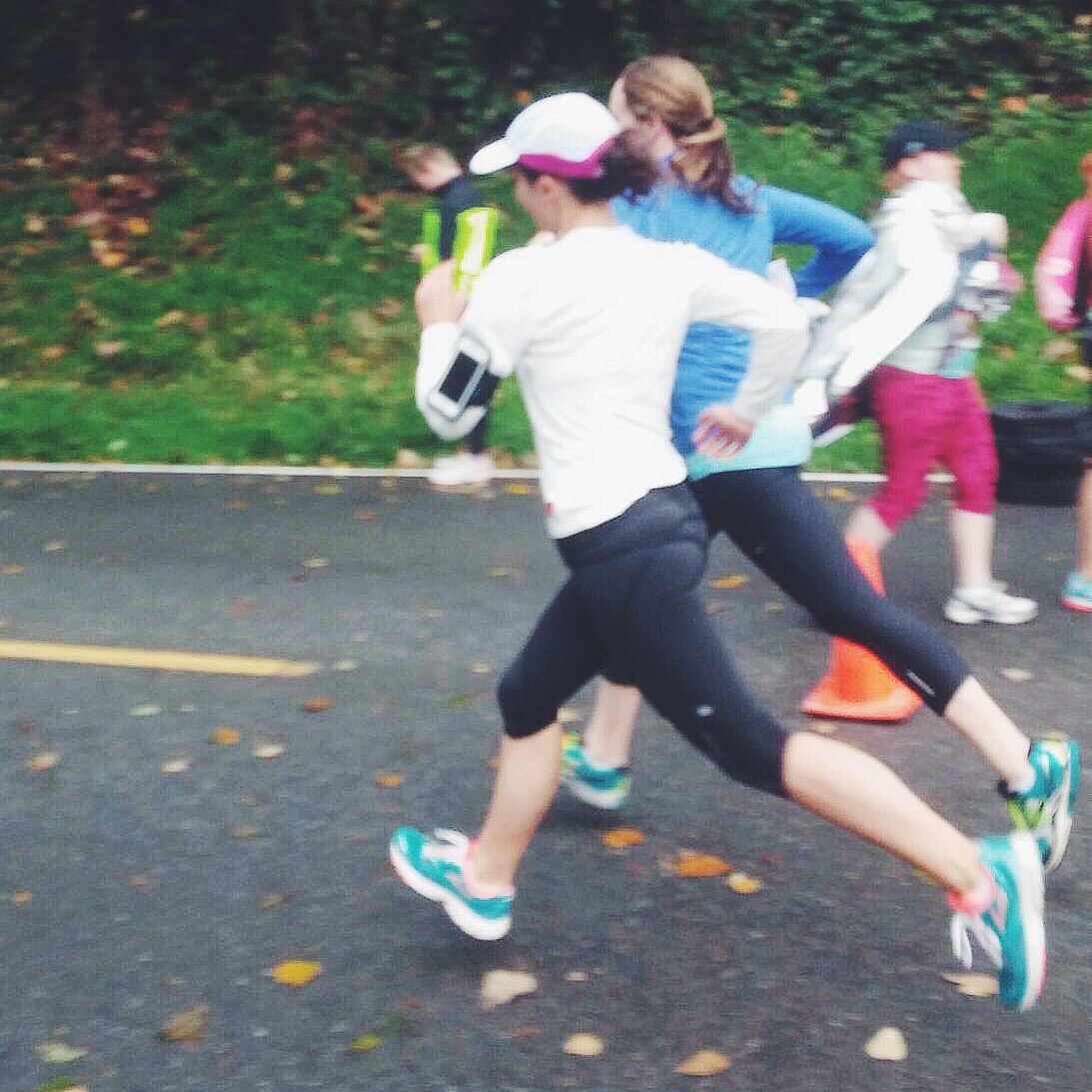 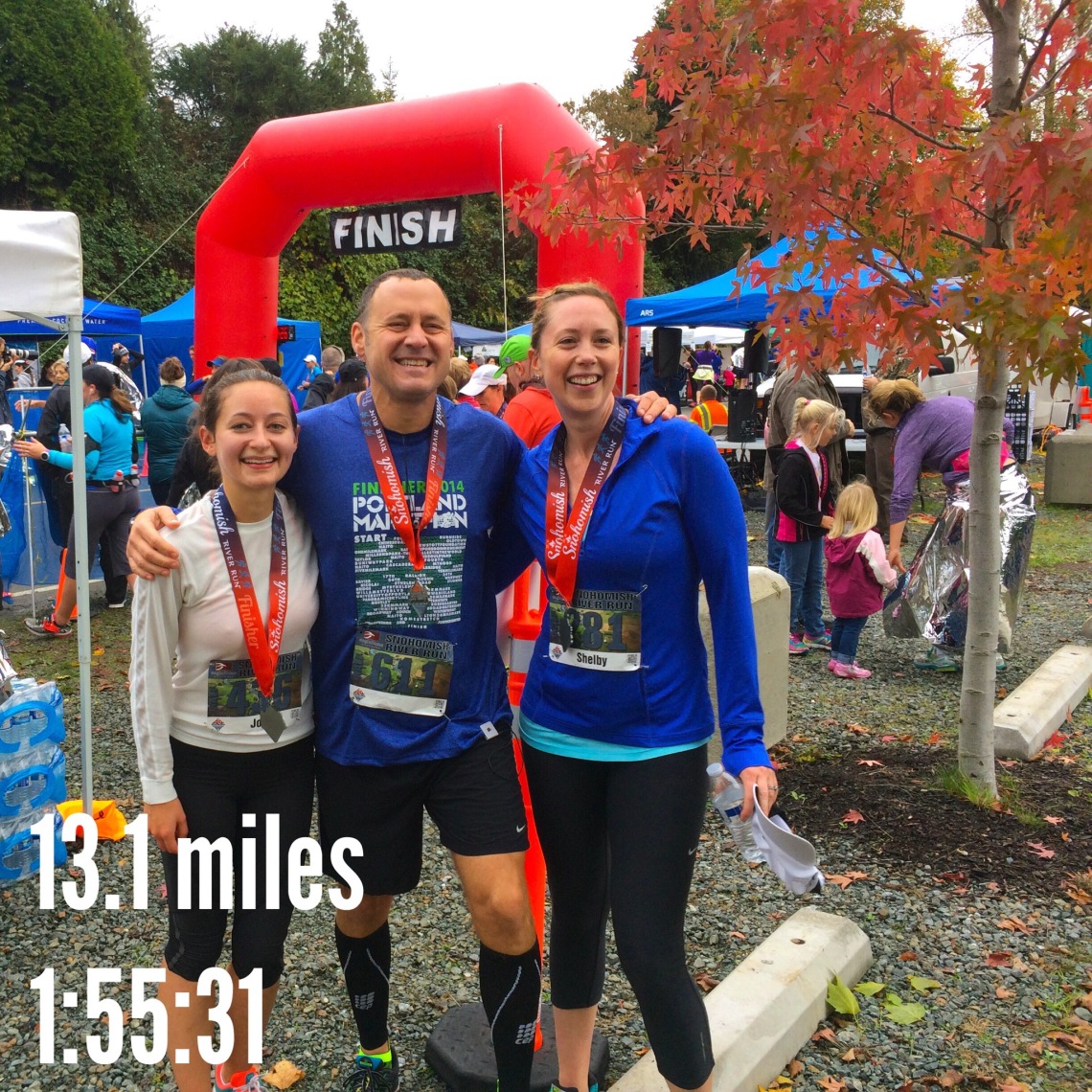 In the end, it was totally worth it.

But, I’m not going to lie. I am quite enjoying my weekly 4 mile run again.

Maybe next Spring I’ll get the itch again.